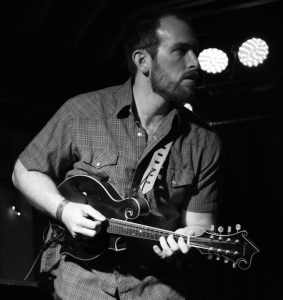 Mike Rolland is the founding member of Fiddlin' Mike and continues to contribute to the site with his spot-on transcriptions and tasteful arrangements. He is one of the hottest pickers to ever grace Arizona's acoustic music scene and is an accomplished contest and bluegrass fiddler, mandolinist and flat pick guitarist.  Mike is the 3-time Arizona State Fiddle Champion, Four Corners Mandolin and Guitar champion, and has three times placed in the top 5 of the National Fiddle Contest (Young Adult division) in Weiser, Idaho. Mike has performed onstage with Doug Kershaw the renowned "Ragin' Cajun", 111 Generation, James Reams, Ray Price, and many others.

In the fall of 2011, Mike launched FIDDLIN' MIKE to offer comprehensive video lessons to elevate the quality of online video instruction for fiddle, mandolin, and guitar. His approach to teaching and video lessons has been included in major publications about online music education and has been steadily gaining students since its introduction in 2011.

Matt Rolland is a touring musician and founder of the Tucson-based Americana and Bluegrass band, Run Boy Run. He joined Fiddlin' Mike as a teacher and director in 2015. Matt has been twice featured on NPR's A Prairie Home Companion with his band, who are also winners of the Telluride Bluegrass Band Competition. In addition to being an accomplished contest fiddler and teacher, Matt's playing has been recognized by the American String Teachers' Association, in national publications such as Guitar World, Pop Matters, Seattle Weekly, and Performer Magazine and can be heard at festivals across the country.